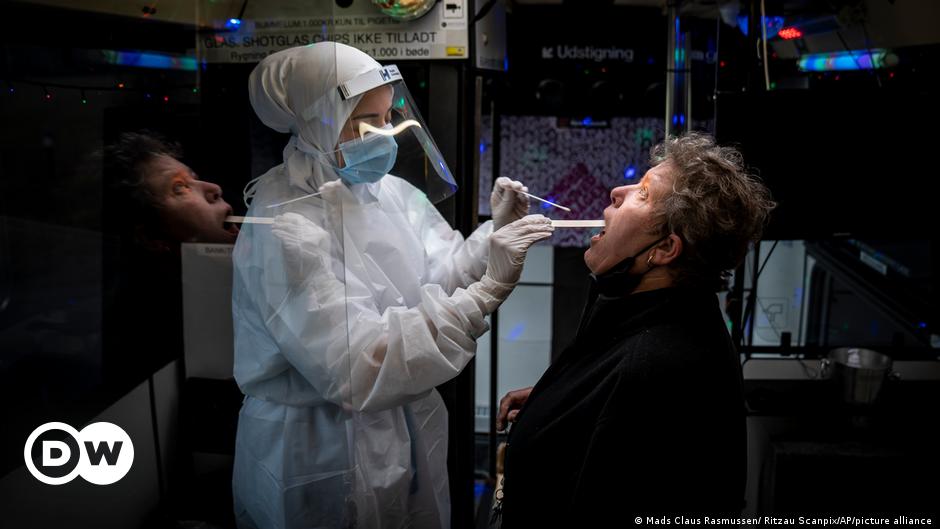 The Austrian capital carries out more PCR tests than all of Germany combined. Just a few days ago, Mario Dujakovic, spokesman for Vienna City Council health adviser Peter Hacker, tweeted that Vienna processed around 2.3 million PCR tests in the second calendar week of This year.

These statistics are currently going viral in Germany and have left a bitter taste in the mouths of some here, given the current COVID-19 restrictions. Germany’s federal health agency, the Robert Koch Institute (RKI), for example, carried out around 2 million PCR tests nationwide during the same period – slightly behind Vienna.

The news also comes as testing capacities are low in Germany and the government has decided that fewer people should be allowed to get tested using the more reliable PCR procedure. But how, exactly, is Austria testing so many people? And how are other countries handling testing issues?

Austria does it at home

The ease of access to PCR tests could be one of the explanations for Vienna’s success. Austrians can also easily buy rapid saliva tests from pharmacies to use at home. The kits can then be dropped off at supermarkets, schools and even gas stations for processing, making the whole business much less labor intensive on all fronts.

Laboratory costs are probably considerably lower in Austria as well. This is due to the way the specimens are processed. In Vienna, the tests are pooled by Lifebrain, one of the main European laboratory operators. This means that the contents of 10 kits are robotically tested in one batch. If the batch is positive, the tests are then analyzed individually. This saves time and money as Lifebrain only charges a few euros to process a single PCR test.

In Germany, on the other hand, schools and nurseries are the only places where PCR tests are pooled, i.e. initially analyzed as a single batch. Yet despite this labor-saving approach, labs are still often stretched beyond their capacity, meaning deadlines cannot be met. There are also cases of lost samples.

Now, with PCR testing capabilities so severely limited, their access is even more restricted. On Monday, the German government said vulnerable people, as well as health workers and carers, should be prioritized. Everyone else will have to make do with rapid lateral flow tests – although they often only give a positive result when someone is already highly contagious.

In German national news on Monday evening, Bavarian Prime Minister Markus Söder (CSU) said this new approach will mean the government will have “no idea of ​​the true magnitude of the incidence rate” from now on. To date, Germany has only recorded infections verified by PCR testing.

Observers complain that anyone who wants to know whether or not they have COVID-19 will now have to pay for their own PCR tests. This will disadvantage low-income people – who have been shown to be at greater risk of contracting the virus. German states on Monday called on the federal government “to increase PCR testing capacities as quickly as possible”.

But experts say expanding capacity could be difficult. Germany lacks both the necessary equipment – and would have to compete with other countries on the global market to buy it – and the specially trained staff needed to analyze PCR tests, according to virologist Ulrike Protzer in a interview with the German daily. Suddeutsche Zeitung.

Denmark — a leader in testing

In tiny Denmark, a country of just 5.8 million people, the number of COVID-19 tests carried out is also high compared to Germany. You can get a lateral flow test at one of over 400 walk-in test centers. If you want a PCR test, you can register via a national website. Even when demand is high, labs should return at least 80% of PCR test results by the next day. Lateral flow tests, as well as PCR tests, cost nothing in Denmark according to officials. On the other hand: in Germany, the prices for PCR tests vary – depending on the provider – between €50 and €70 ($56 – $79) if you do not belong to a high priority group.

Denmark has been a pioneer in testing since the start of the pandemic, carrying out some 117 million tests – half of them PCR and the other half lateral flow tests – according to Danish health authorities. 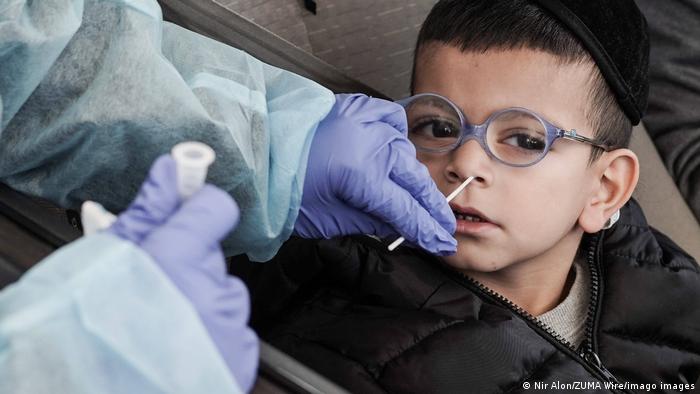 In Israel, there has been a shift to rapid testing due to lack of PCR testing capacity

Israel also changed its testing strategy and shifted to rapid antigen testing. Like Germany today, Israel had previously severely limited access to PCR tests because its healthcare system was overburdened. Now, PCR tests are only available for the elderly and people with pre-existing health conditions.

As a result, there was a run for lateral flow tests, which quickly sold out in pharmacies despite costing around seven euros each – a bit more expensive than in Germany. However, Israel now plans to distribute up to 30 million free rapid COVID-19 tests, especially to low-income people. It is up to individuals to notify authorities of a positive result.

The different testing strategies adopted by different countries show how difficult it is to compare COVID-19 statistics internationally. Testing procedures not only differ in accuracy, but the ease of access to PCR testing also varies from country to country. Additionally, countries that rely on citizens to voluntarily notify them of positive results could also skew the accuracy of the data.

This article was originally written in German