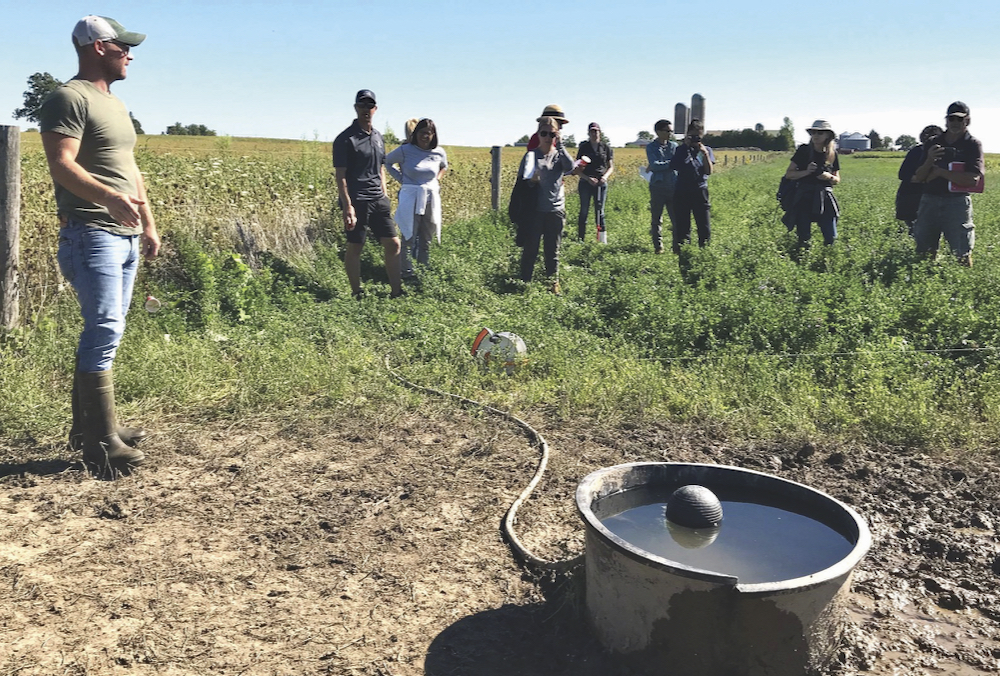 The Ontario farmer is participating in a project under the Living Labs initiative, a federal program that tests innovative practices and technologies on farms.

Groot hopes that the soil quality data he collects will eventually show that including pasture in a cash crop rotation isn’t crazy at all.

He has an ally in Christine O’Reilly, a forage and pasture specialist with the Ontario Ministry of Agriculture, who was among the presenters at a recent event at the Groot family’s Wholesome Pastures farm. .

“Usually if we have something in rotation with corn, beans, and wheat, it’s alfalfa,” O’Reilly said of Southwestern Ontario’s dominant agricultural landscape. She noted that the term “ley” – with a dictionary definition of “arable land used temporarily for hay or pasture” – was commonly used in the past in North America and never lost favor in Europe. This is because fertility and yields on cropland are usually high after some time in pasture.

After signing to be part of Living Labs in 2020, Groot planned to include a year of grazed annual cover crops as part of his trial plot rotation. But he decided it would be too difficult to consistently establish the cover crop after wheat, graze it in the fall, and then finish it for another crop in the spring.

Instead, he established a series of three-year-old stands of rotationally grazed perennial pasture species in a much larger plot including corn, soybeans and wheat. In all, it includes two dozen 80-foot plots of about an acre each, an approach dubbed “crazy strips” by fellow Living Labs participant Woody Van Arkel.

“I know some of these annual crops also have great biomass, but I think these long-lived perennials build root masses, which is even better,” Groot said of his decision to change the approach. .

On his farm, researchers are investigating the use of rising pan meters to develop an approach to measuring pasture yield and also analyzing soil microbes under various treatments within the plot.

It’s nothing new for the Groots to be part of innovative farming practices. The family directly markets beef, lamb, chicken, duck, eggs and honey in their raw form and through value-added products like soaps, lotions and leather. Sixty-inch rows of corn served as habitat for free-range chickens.

For Living Labs research, no barn manure will be spread on the strips. There are enough other fields on the family’s 160-acre farm as well as some surrounding properties that need fertility.

Also, a control strip will not be grazed, allowing microbial activity to be analyzed due to the presence of both grassland and livestock instead of just including grassland in the rotation.

A group of 10 heifers is rotate-grazed across the pasture strips. The fence added to the work of setting up the trials, but electric fencing had already been installed around the perimeter of the family farm as well as 25 acres on a neighboring farm.

Citing climate action-themed funding opportunities that cover up to 60% of costs, Groot hopes to close an additional 80 acres this year.

– This article was originally published on Farmtario.