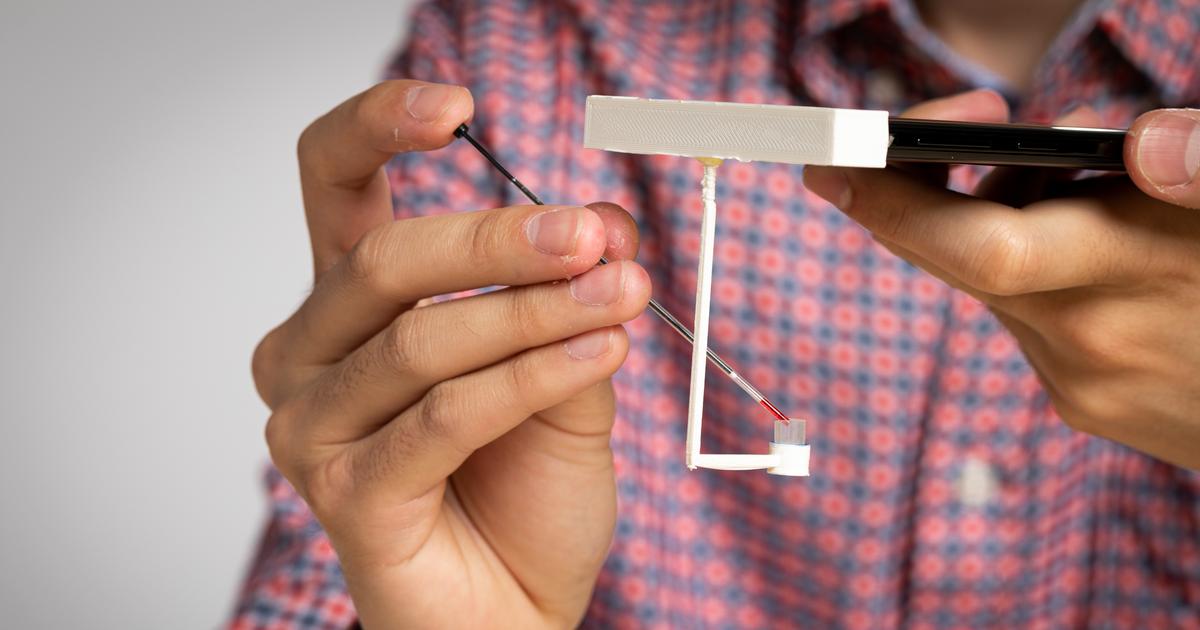 People who regularly use blood thinners should check whether their dosage needs to be adjusted. And while that currently involves lab testing or expensive home systems, a simple smartphone-based setup may soon be able to perform the task.

Due to a patient’s ongoing physiological changes, what was initially an ideal dosage of a drug such as warfarin may become less ideal over time. The drug could end up preventing the individual’s blood from clotting in the event of a laceration, or it could allow life-threatening blood clots to form in their arteries.

Traditional lab tests analyze blood samples to check if the “coagulability” of a medicated individual’s blood is still within the normal and safe range. If not, their dosage is either increased or decreased accordingly.

Led by doctoral student Justin Chan, Dr Kelly Michaelsen and Professor Shyam Gollakota, scientists at the University of Washington set out to bring such tests to the patient’s smartphone. The resulting prototype system includes an inexpensive plastic device that mounts to one end of the phone, suspending a small cup below the phone’s camera.

For each test, the user places a drop of their blood in the cup, along with a tiny copper particle and a chemical that causes blood to clot. An app then activates the phone’s vibration motor, which shakes the cup and its contents.

The smartphone’s camera monitors the movements of the copper particle, which moves back and forth in the cup as long as the blood is in a liquid state. Once the particle stops moving, it means the blood has clotted.

The software is therefore able to calculate the patient’s “prothrombin time” (PT) – which is the time it takes for a clot to form – as well as their “international normalized ratio” (INR), which is based on to their TP. If the app determines that the PT/INR is not within the safe zone, the patient will be prompted to notify their physician.

When the technology was used to analyze blood samples taken from 80 anonymized patients, its results were found to be within the precision range of those obtained via traditional testing techniques. Marketing opportunities are currently under study.

“Almost every smartphone of the last decade has a vibration motor and a camera,” says Gollakota. “That means almost anyone who has a phone can use it. […] It’s basically the holy grail of PT/INR testing. This makes it frugal and accessible to millions of people, even where resources are very limited.”

The research is described in a recently published article in the journal Nature Communication.