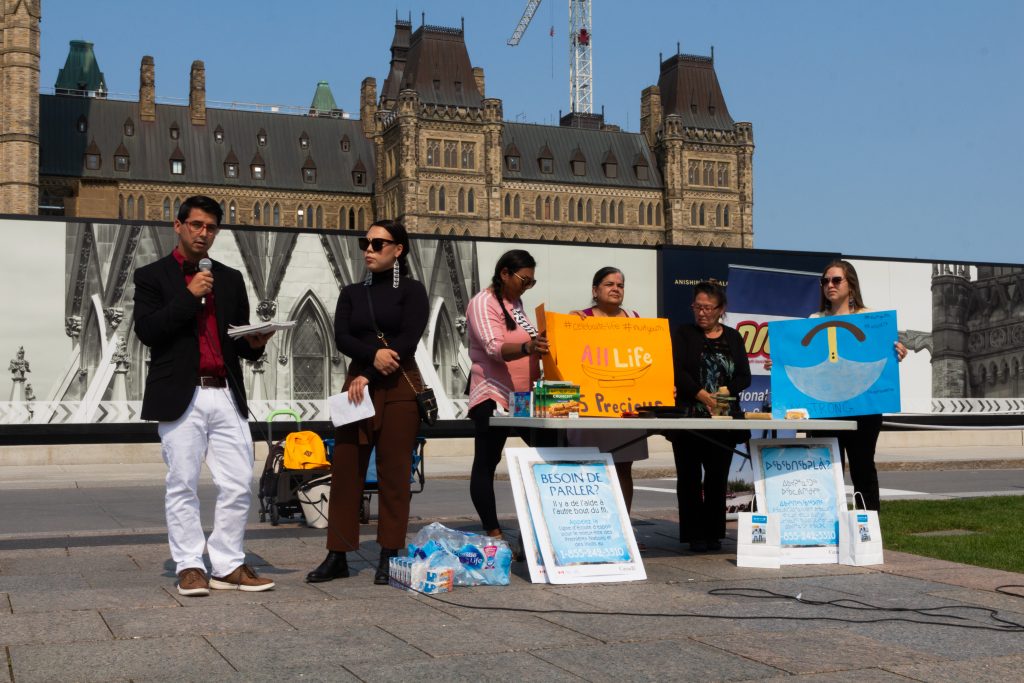 “Palliative” measures are needed in the short term to prevent suicides in Inuit communities, says the president of the National Inuit Youth Council.

Brian Pottle made his call to action on Parliament Hill in Ottawa at a rally on Friday, ahead of World Suicide Prevention Day which is held annually on September 10.

“Creative and practical solutions to fight despair are within reach.”

Suicide in Inuit communities is an issue that closely affects Pottle, who is originally from Nunatsiavut, and many others. Her younger brother, Dylan, committed suicide in 2014.

According to the Inuit Tapiriit Kanatami National Inuit Suicide Prevention Strategy, Inuit Nunangat communities have suicide rates that range from five to 25 times higher than the rate in Canada as a whole.

Pottle said he wanted to see temporary or quickly instituted measures available to all Inuit so that others do not have to suffer the loss he suffered.

“Perhaps with subsidized mental wellness trips … he could still have influenced his future and not resigned himself to his despair in this final and irreversible way,” he said.

Pottle said giving young people a sense of hope is key to preventing suicide. After all, he says, hope is what got him through the loss of his brother.

A qulliq was present for Friday’s rally on Parliament Hill.

Reepa Evic-Carleton, an elder from Pangnirtung who lives in the Ottawa area, was there to light and heal the qulliq. She wanted to offer a message of hope on how Inuit communities can help each other heal from trauma and thrive.

“There are many great ways to learn from listening, teachings and wisdom from the elders,” Evic-Carleton said.

“We need to become more proud of who we are as people and where we come from.”

Here are resources for people in distress who need someone to talk to:

The Kamatsiaqtut Helpline is unique to Nunavut and offers services in Inuktitut. Phone: 979-3333 for Iqaluit residents and 1-800-265-3333 for other Nunavummiut.

The First Nations and Inuit Hope for Wellness Helpline: 1-855-242-3310 or chat online at hopeofwellbeing.ca.