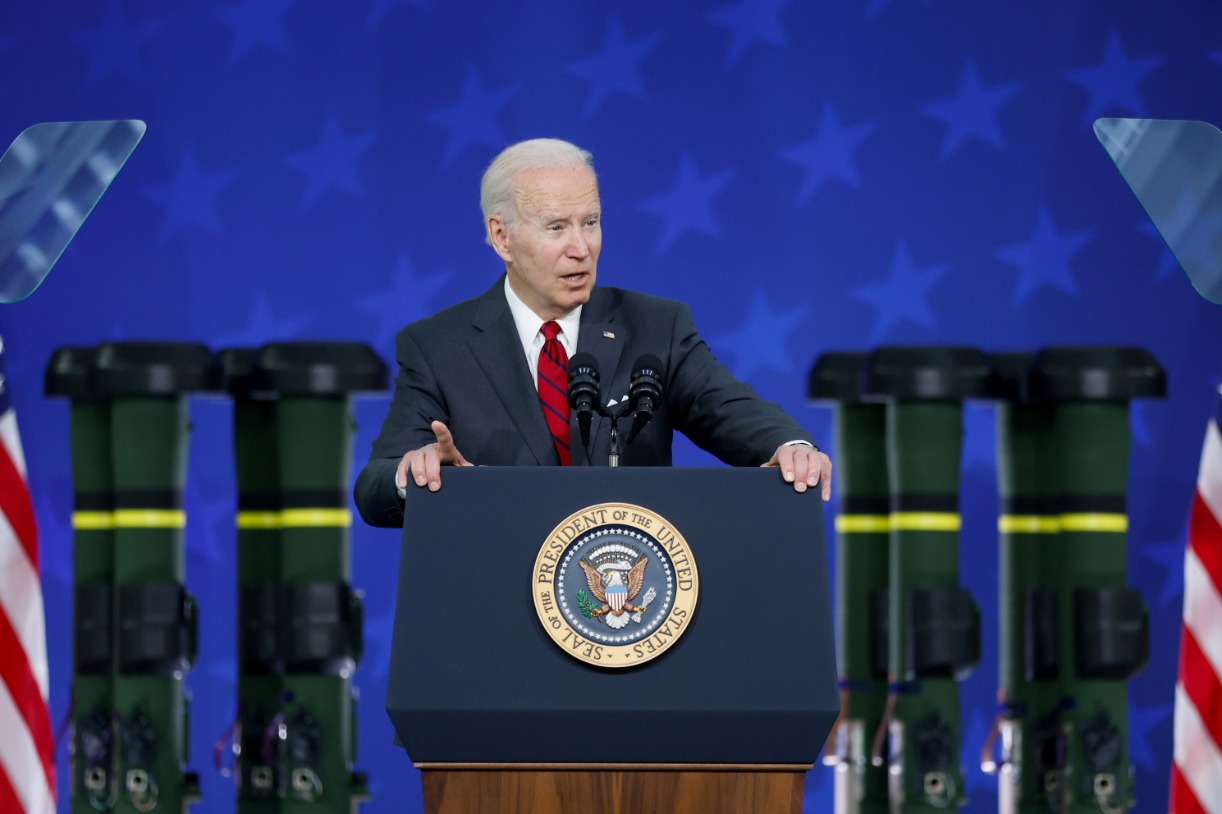 Measures outside of war: how to defend non-allied partners

Those close to Russian President Vladimir Putin may say that Russia is at war with NATO, but Putin would never dare to attack an American ally. Unfortunately, unlike those allies, partner states like Taiwan, Ukraine, Moldova, and Georgia are at a much higher risk of aggression because it is unclear whether the American people will support direct intervention on their behalf. If a peer competitor attacks a partner who has not signed a treaty, the United States will likely find itself playing a role similar to the Ukraine conflict: supporting a partner but not directly waging war on its behalf.

What happened in Ukraine will happen again. The United States will not always have the domestic political will to intervene on behalf of partners who have not signed a treaty. Even states like Taiwan, which the United States has a moral but not legal obligation to defend, may find themselves fighting alone. Instead of hoping that domestic politics will allow direct intervention similar to Operation Desert Storm, the United States must proactively plan for partner support before, during, and after hostilities so that it can deter adversaries or triumph in battle without the active participation of the United States.

By providing our partners with logistics, financial support, certain technologies and weapons systems, and using joint force mobility, the United States can deter and defeat foreign aggression while avoiding the costs of conflict. direct.

Political will and direct intervention

Unlike the Soviet Union, which threatened European sovereignty, Americans realize that China and Russia pose a long-term threat to American control of the international order, but not to their own security or that of their allies. Countries without mutual defense treaties with the United States cannot rely on them to risk direct conflict on their behalf. Popular opinion may prohibit it or the political considerations of the ruling party may exclude it.

Americans have never strongly supported expeditionary warfare in which they were not the victims of aggression. Enthusiasm for the fighting in Iraq and Vietnam quickly waned as the spurious nature of their casus belli came to light. Unless an adversary directly attacks American forces or interests, the United States cannot respond with force. Any war plan that assumes direct US intervention on behalf of a non-treaty partner is specious at best.

Just as importantly, Russia and China will always have a greater interest than the United States in the outcome of conflicts with states on their periphery. Preventing Ukraine from joining NATO satisfies a vital Russian national interest but, at best, Russia’s actions against Ukraine only indirectly threaten US interests. Similar assessments apply to Taiwan, Moldova and Georgia.

If the United States does not have the same interest as its adversaries in the outcome of a conflict, it will not invest as much blood and money to win. For the United States to succeed, partners must bear the majority of defense costs.

However, proactively planning and preparing to support another country during conflict is rarely done. In most cases, foreign governments consider providing conventional support only after partners have achieved battlefield success, such as American settlers in Saratoga or Ukrainians in Kyiv. Moreover, it is often difficult to predict where, when and how the opportunities to support partners against opponents will arise. However, scenarios such as a Chinese attack on Taiwan or Russia invading Ukraine are easy to predict. In these situations, the United States and all interested allies should analyze partner needs and use this information to prepare a support plan well before combat begins.

Suppose the United States has a partnership with an island country threatened by a strategic competitor. How could the US government plan to support this partner against aggression? What weapon systems would the country need to deter its adversary? On which imports, business relationships and trade relations does the partner’s economy rely? What material or skill shortages are likely to arise during the conflict? What vital goods and services does the United States import from this partner? Does the United States need to set up additional production lines of critical equipment or ammunition to continue the flow of defense articles before or during combat?

These are the kinds of questions planners will need to answer to support non-treaty partners. Before Russia invaded Ukraine, the United States should have already procured military equipment to supply to Ukrainian forces and planned to transport and train Ukrainians in their use. After the outbreak of hostilities, the Ministry of Defense should have invoked pre-negotiated contracts to increase production of critical war stocks like javelins, darts, artillery ammunition and firing platforms which are now rare.

Instead, after eight months of conflict, the United States and its allies are just beginning to seriously discuss increasing the production of wartime stocks to support Ukraine. It’s far too late; weakened defense industrial bases could leave Ukraine short of ammunition and materiel at a critical time in the war. A better analysis prior to the conflict would have revealed these deficits and made it possible to correct them. The United States and NATO can spend all the money they want on purchasing ammunition and weapons systems, but industrial partners will still need at least six months to restart production lines closed. Setting up new production lines will take even longer.

Planning must go beyond military hardware. The United States and NATO should have organized advance troop movements in response to Russian aggression, drafted plans for economic and humanitarian assistance, and prepared for shortages of materiel and resources that might arise. during a Russian-Ukrainian conflict.

Combatant Commands are the natural hubs for this type of readiness, as they contain large numbers of regional logistics personnel and are tasked with generating war plans. Unfortunately, no entity other than the National Security Council has sufficient interagency staff to carry out this task. A wide range of federal agencies would need to embed employees within combatant commands as planners, not mere liaisons, for this approach to work.

Practicing this kind of planning would pay dividends in a range of contingencies and reduce friction in the US response. If the United States did not anticipate aggression against a partner nation, it could use policies, agreements, forces, and resources aligned with a similar scenario. As President Dwight Eisenhower once said, “Plans are useless, planning is essential.”

None of this absolves the US military of the task of maintaining readiness to wage war directly in the name of the national interest. Situations may arise that require rapid intervention against Russia or China, but these are unlikely given the current balance of power.

However, further aggression against non-treaty US partners is much more likely. The United States and its allies should prioritize planning and resource allocation for these scenarios. For relatively modest investments in interagency planning, technology and weapons transfers, increased war stockpiles, and pre-negotiated production agreements with foreign governments and industry, the United States can make their partners without dealt with much tougher targets.

Instead of making efforts to penetrate an adversary’s anti-access and area-denial bubble, the United States should help partners establish their own bubbles and be prepared to provide them with the logistical, economic, and financial support needed. they need to sustain the fight. US planners cannot guarantee that the political will will permit direct US intervention, but they can prepare to support partners at risk of attack. As the United States learned in Iraq and Afghanistan, those with the most to lose must willingly bear the burden or victory will prove elusive.

Jules “Jay” Hurst is an Army strategist. He is currently an Army Congressman and has deployed four times to Afghanistan as a senior intelligence officer in a Joint Special Operations Task Force. He holds a master’s degree from the Georgetown University School of Foreign Service. The opinions expressed are those of the author and do not necessarily reflect the official policy or position of the Department of the Army, the Department of Defense, or the United States government.

2022-10-12
Previous Post: Here’s our guide to the ballot proposals for the 2022 general election
Next Post: Emergency Safety Solutions Reaches Agreement with Tesla for Global Implementation of HELP® Technology