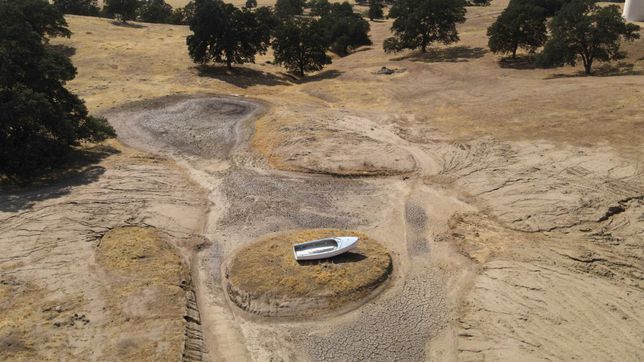 California drought: measures, restrictions and how long will they last?

California faces third year of severe drought conditions due to a lack of supply, diminishing snowpack in the California Sierra, and a statewide failure to meet proposed voluntary reductions in water use as the he western United States continues to roast in record-breaking weather conditions and lead to calls from experts for serious action to be taken immediately to avert a crisis in the near future.

The US Drought Monitor was established in 2000, in time to observe and record the longest drought in California history, which lasted 376 weeks from December 27, 2011 to March 5, 2019. However, experts warn that this period never really ended and California could be in the throes of a mega-drought. which could last for decades.

Currently, 100% of California is in D0-D1 drought conditions, which are classified as abnormally dry to moderate, with 95.2% of the state experiencing severe drought and 40.8% experiencing extreme drought conditions. As it stands, according to the US Drought Monitor, there are no counties in California with D4 conditions, which means exceptional drought and, among other measures, involves rescuing and relocating fish. However, the California State Drought Action monitor shows some areas of D4 conditions and notes that the The state just had its driest winter in 100 years, while 2021 was the second driest year on record.

D3 drought conditions alone are enough to mean that wildfire season lasts year-round and affects parts of the state that are generally considered wet. A fire designated the Calf Canyon Fire is currently sweeping through northern New Mexico, the most destructive of nearly two dozen sweeping the parched southwest and sparked fears the drought-hit region could face a long and brutal fire year. With fires concentrated in the Southwest, the area burned by wildfires in the United States since the start of the year is up about 30% from the 10-year average and almost double the figure at this point in 2021according to the National Interagency Fire Center.

The Sierra Nevada snowpack is shrinking

The western United States has been locked in a drought for several years and 2021 was the worst year on record for the state in the 126 years since records began in California. The state’s snowpack, largely based in the Sierra Nevada mountain range, accounts for about 30% of the state’s water, according to Department of Water Resources figures. As of April 1, the official end of the “rainy season,” snow cover in the California Sierra was at 38% of its annual average.

“We’re not expecting a significant amount of additional rainfall – certainly not something that would make a difference to the drought. […] In other words, most of what we’re gonna get, we gotJeanine Jones, drought manager with the California Department of Water Resources, told The New York Times.

The forecast for the 2022 drought season is grim. On April 26, Southern California has declared a water shortage emergency, imposing an order for outdoor use by businesses and citizens (such as for watering, car washing, etc.) to be limited to one day per week from June 1st. The partial ban represents the first time in history that the Metropolitan Water District of Southern California has taken such an action and affect approximately six million people in Los Angeles, Ventura and Bernardino countieswhich rely heavily on Northern California’s water supply.

“There is not enough supply available to meet normal demands in these areas for the rest of the year,” MWD chief executive Adel Hagekhalil told the Los Angeles Times. “We need serious demand reductions.”

In March, California cut allocations to the state water project – which carries supplies from the Sacramento-San Joaquin River Delta with approximately 27 million people and three million acres of farmland in other parts of the state – from 15% to 5%.

“We are experiencing whiplash from real-time climate change with extreme fluctuations between wet and dry conditionsread a statement from the director of the Department of Water Resources, Karla Nemeth. “That means adapting quickly based on data and science.”

However, despite State Governor Gavin Newsom asks residents to commit to a voluntary 15% reduction in water usefigures released last month by state water officials showed California urban residents used 2.6% more water in January 2022 than the same month in 2020, although it there was one decrease of 6.5% statewide from July 2021 to January 2022 compared to the same period a year earlier.

What future for California’s water supply?

Newsom has so far resisted calls to implement water rationing in Californiainstead relying on the voluntary reduction scheme, but the immediate future of the state’s water supply hangs in the balance. Jay FamigliettiDirector of the Global Institute for Water Security at the University of Saskatchewan and former Senior Water Scientist at NASA’s Jet Propulsion Laboratory, wrote a LA Times Editorial in 2015 warning that California only had a year’s supply of water stored in its reservoirs. While the ravages of climate change do not foster optimism that mother nature will intervene to avert a crisis, the Pacific Institute’s High Efficiency Scenario, first proposed in 2005, shows that water consumption in 2030 could be 20% lower than 2000 levels. Los Angeles invests heavily in water storage, rainwater capture and harvesting with the aim of supplying 70% of the city’s water from local sources by 2035.

the California Institute of Public Policy also welcomed two initiatives – the Fund for Safe and Affordable Drinking Water and Sustainable Groundwater Management Act 2014– the latter requires local water administration agencies to adopt sustainability plans for high and medium priority groundwater basins and to ensure the sustainability of these basins within 20 years of their implementation .

“If we are worried about this year, we are really playing the small gameDoug Parker, director of the California Institute for Water Resources, told the Guardian in June 2021. “Next year is what I think is the most important. When you go into three, four, five consecutive drought years, that’s when things really start to get serious. We all want to know what will happen next winter.