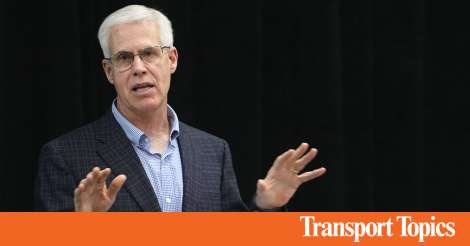 [Stay on top of transportation news: Get TTNews in your inbox.]

Not yet, according to Gregory Feary, managing partner of Indianapolis-based Scopelitis, Garvin, Light, Hanson & Feary. But if, and when, the court battles start, it’s likely to be the very big, high-profile and very small carriers that don’t do it right that will have targets on their backs, Feary said during an Oct. 23 session. at the American Trucking Association. ‘ Management conference and exhibition.

“The right of independent contractors is a matter of fact and law,” Feary said. “It is also a question of mixed law and politics. Politics, even when it’s not in your face, it works just underneath. All these judges who are trying to balance all the factors have a political point of view.

“If the policy view is that we need to stop the big, bad hauliers from taking advantage of the little ones, then you’re going to see a lot of those subjective factors weigh in favor of jobs.”

The AB 5 law, which was originally slated to go into effect in January 2020, was stalled for just over two years due to a federal lawsuit filed by the California Trucking Association, which argued the law made it almost impossible for road hauliers. use independent contractors. The Supreme Court, however, declined earlier this year to hear the CTA’s challenge to the AB 5 Act which uses a so-called ABC test designed to reclassify independent contractors as employees of motor carriers.

The law was struck down on July 1 and a federal district court preliminary injunction was lifted on August 29, said Scopelitis partner Prasad Sharma.

Shannon McClellan, partner at Scopelitis, said any proposed legislative corrections to the law that favor truckers are unlikely to be possible until next year, when the state legislature resumes session.

“Certainly stakeholders are considering their options, they are preparing legislative proposals, but there will be no immediate solution,” McClellan said. “Governor. [Gavin] Newsome said in August: ‘Be ready for that because we’re going to enforce it.’ ”

Fehribach called the challenges posed by AB 5 and the potential solutions “so confusing that it’s hard for people to understand.”